Two “Clowns” walk onto a stage: An interview with Shaun Yates and Michael Gamache

A full bagpipe band, two pilots, a waterfall, and the milkman.  These are just a few of the more than 150 characters that will take the stage in Bootless Stageworks’ upcoming production of The 39 Steps.  But in the spirit of Alfred Hitchcock, who directed the classic that inspired the show, there’s a twist.  The production features a cast of only four actors.  In fact, the vast majority (all but four) are played by just two men.

With opening night just three weeks away, we got the scoop on what it’s like to play so many different characters in one production.

Tickets for The 39 Steps available now! 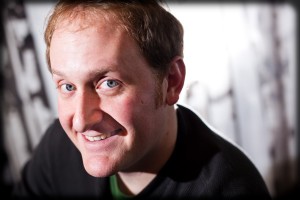 Shaun: Bootless asked me to join them for their Production of Star Wars the Musical. How could I refuse the opportunity to join the ranks of Sir Alec Guinness and Ewan McGregor by playing Obi Wan Kenobi. Then I came back last summer to get back to my roots in The Texas Chainsaw Musical
Describe your character in The 39 Steps.

Shaun: I play one of the clowns, soooooo I have about 13 named characters. Am I supposed to write a couple of sentences about each? Generalizing: the clowns literally create and inhabit the world of the play. Through antics, set changes, and diabolical schemes.
Are you/will you do anything special to prepare for the role?

Shaun: No, I’m pretty much just going to wing it every night. Seriously though I am probably going to spend a lot of time working on voices and posture and walks trying to make each character unique.
Why do you think audiences will enjoy this production?

Shaun: Because it is alive right in front of them. They won’t know what to expect and we will keep them guessing. It is fun living on the edge of your seat. It is a mad capped, slap stick, suspense roller coaster ride.
You’re also co-directing this show with Michael Gamache and Rosanne DellAversano…how is that going?

Shaun: As for the directing thing, it is fun to be a part of the creation process. And it is much easier in a show like this to have the ability to bounce ideas off other people, so being there to help direct is probably going to make things run a little smoother in rehearsal. 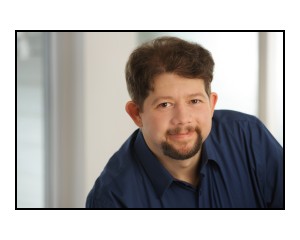 Michael:  My first show with Bootless was about a year and a half ago, and this is my third time back.  I’ve also done a few fundraisers and one shot performances for them.

Describe your character in The 39 Steps.

Michael: My character?  Well, currently I have 14 characters, so I’m not sure where to begin.  There is a lead actor, a female lead who plays all of his love interests, and then the other clown, Shaun, and I who literally play everyone else.  We fill out the story and create the world, as best we can.  So the challenge for us is more in line with a. creating as much depth to that world as we can, and b. making sure the audience has at least a faint idea of what is going on.  Balancing the two is the challenge.

Are you/will you do anything special to prepare for the role?

Michael: Well, I have my standard research.  I actually watched the Hitchcock movie, and now I am looking for other media that can help me with the array of dialects I have to use (I have RP and Cockney, but have never been trained in Scottish or Northumbrian).  Otherwise I just try my best to keep my head in the game.

Do you think audiences will enjoy this production?

Michael: I hope so.  It’s going to be lots and lots of fun.  We’re working on a few little things to make the audience part of the story.  The script itself is quite meta, with tons of Hitchcockian references, so fans of his work should be pleased.  The little touches we are working on should, hopefully, amplify that in a way that is true to the material.

Do you have any other exciting projects going on at the moment?

Michael: I’m always on the lookout for more trouble to get into. Although I haven’t started yet, I’ll be playing the Ghost and Gravedigger in Hamlet at Delaware Shakes this summer.  Right now I’m looking for something to get involved with in the fall, though I hope to put on a Cabaret at some point in there, too.