ll Bootless staff members and board members graciously volunteer their time and services. 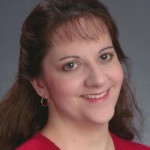 Meg is graduate of Muhlenberg College and currently works at QVC with the On-Air Programming team. At other times, Meg is a Bootless core member having performed in You’ve Got Red On You,  In the Next Room, Musical of the Living Dead and Evil Dead, The Musical.  Check out her website: www.meganfalasco.weebly.com

Chase is a self-taught web designer and manager. He  donates his time and expertise here at Bootless.org to keep our site running. His design site is located at http://chaseweb.biz/