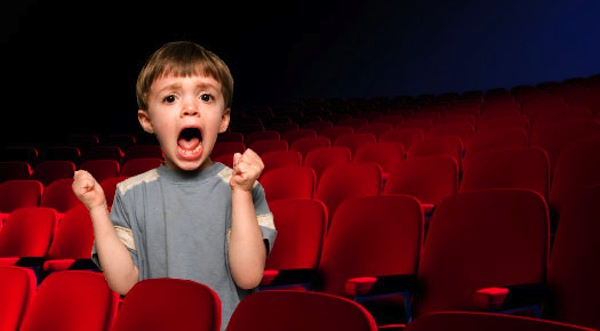 Though our production of Bug by Tracy Letts might not have creepy crawlies of the six-legged variety milling about the stage, it certainly has its share of paranoia inducing fears present. Instead of getting all wound up and not leaving the house for several days (blinds drawn, of course), check out these – inconvenient – phobias that constantly plague the theater world.

Theaters are constantly asking for donations: whether to pay for their scenery, production rights, or to stop the actors from being forced to eat their shoes. Everyone knows – or Hollywood assumes – that the theater world is a lucrative business. So why are all of these new theaters struggling? Why did we write an article on the importance of capital for a non-profit theater? Obviously, the entire business is swarming with chrometophobia: no one can hold on to money long enough to mount the next production for fear of the oh-so-useful green stuff. I mean, do you know where that money’s been?

“Find your light” is a common note for any actor. This phobia might explain why actors constantly stand ever so slightly out of the perfectly cued light. Ever lose an actor as they drift into the only dark spot on the stage? Have no fear, they’re only giving their anxious nerves a moments reprieve. Let’s be honest, though, that limelight triggers instinctual terror.

To be early is to be on time. To be on time is to be late. To be late is to be terrified of your rehearsal space. That actor that hasn’t been to rehearsal in a few weeks? The sound designer that has only been to two meetings? Paralyzed in fear. They can’t leave the safety of their couch and Netflix even though tech week beckons. Sure, they make up excuses: “My car broke down,” “I forgot we have rehearsal.” Despite their best attempts, they’re anxious every time they step into the (hopefully) cavernous space that is the theater. The thought of pounding the boards sets their heart hammering in their chest.

A bit of understanding goes a long way. Though these artists have picked an odd career considering their fears, they are – never the less – still in the business. Next time an actor, designer, or heck, even a producer exhibits symptoms of these debilitating phobias, take moment to view the world from their perspective…and potentially develop antichrometophobia: fear of having no money.