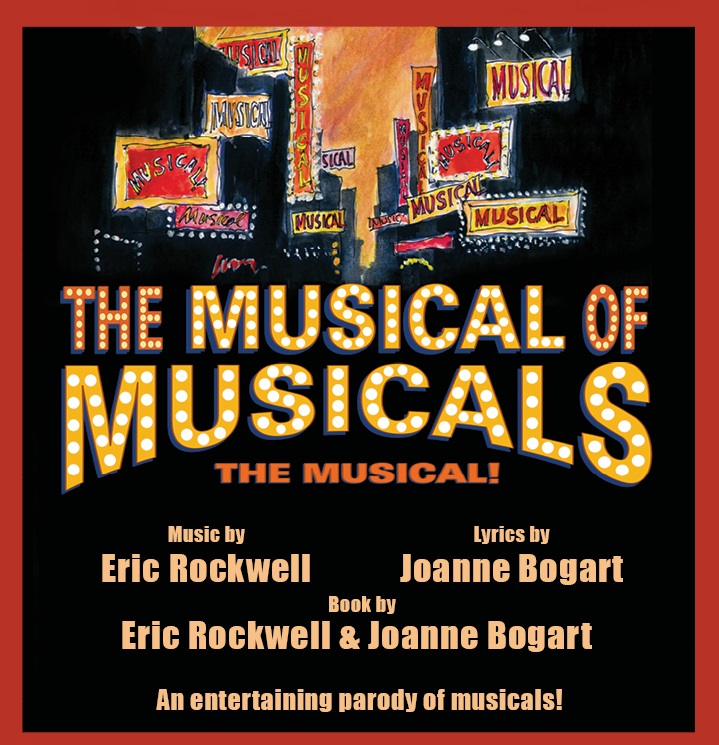 DUE TO THE COVID-19 PANDEMIC, THE MUSICAL OF MUSICALS HAS BEEN POSTPONED UNTIL SEPTEMBER 2020.  NEW SHOW DATES ARE LISTED BELOW.

“A gift from the musical theatre Gods!” – TalkinBroadway.com

It’s a musical about….well…musicals!  Four players take a classic melodrama and present it in five very different musical theater style to provide side-splitting laughter. June (the ingénue) can’t pay her rent. Jitter (the villainous landlord) says she must pay her rent. Abby (the matron) offers helpful advice. But, can Willy/Billy (the hero) arrive in time to sweep June off her feet, pay the rent and save the day?

Hilarity ensues throughout the five short acts that are satirical nods to the styles of famous composers or composer/lyricist team. Kansas in August and the charm of Rodgers & Hammerstein can only mean one thing – Corn! Enter the house of wordy, clever, and just a bit gory Stephen Sondheim in A Little Complex. Dear Abby pays homage to the splashy theatricals of Jerry Herman. Andrew Lloyd Webber’s signature rock opera/musicals go full tilt in Aspects of Junita. Kander & Ebb entertain you in a Chicago cabaret called Speakeasy.

This comic valentine to musical theater was the longest running show in the York Theatre Company’s 35-year history before moving to Off-Broadway, and nominated for a 2004 Lucille Lortel Award for Outstanding Musical.

The Musical of Musicals, The Musical is presented through special arrangement with Concord Theatericals.